Run For It 5k Buff 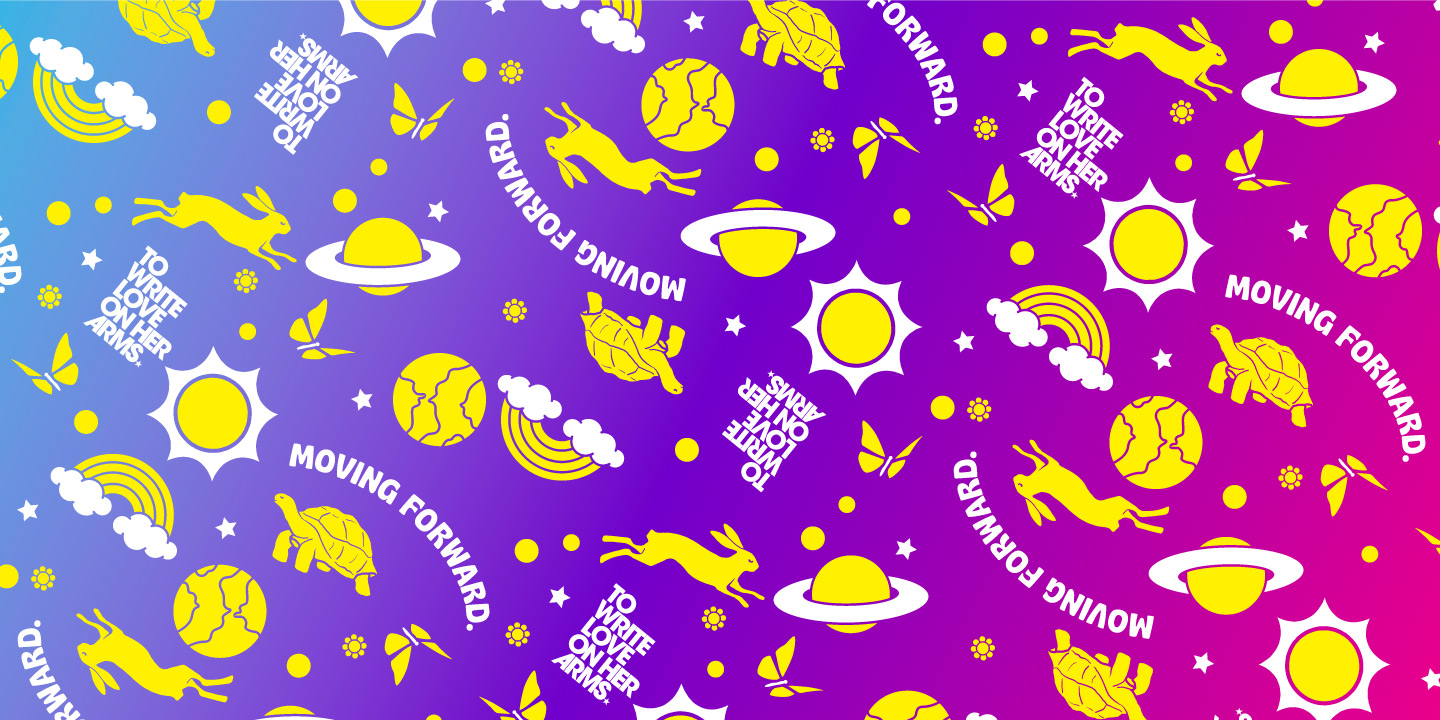 As part of their Run For It 5k Campaign, TWLOHA always creates a buff to correlate with that year's theme and aesthetic. The buff itself is a polyester tube bandana that is sublimation printed.

Below are the assets utilized in the pattern for the buff. All of these icons come from the shirt design that was created for the Run For It 5k 2022 event campaign.

There was a lot of different variations of the pattern for the 5k buff. Below are some of the many variations. Initially when creating the pattern for the buff we were going to keep it black and keep the colors of the icons the same colors as they were originally on the shirt. However we found that as a team to be too distracting as such we readjusted to create the pattern that would eventually become the final buff pattern. 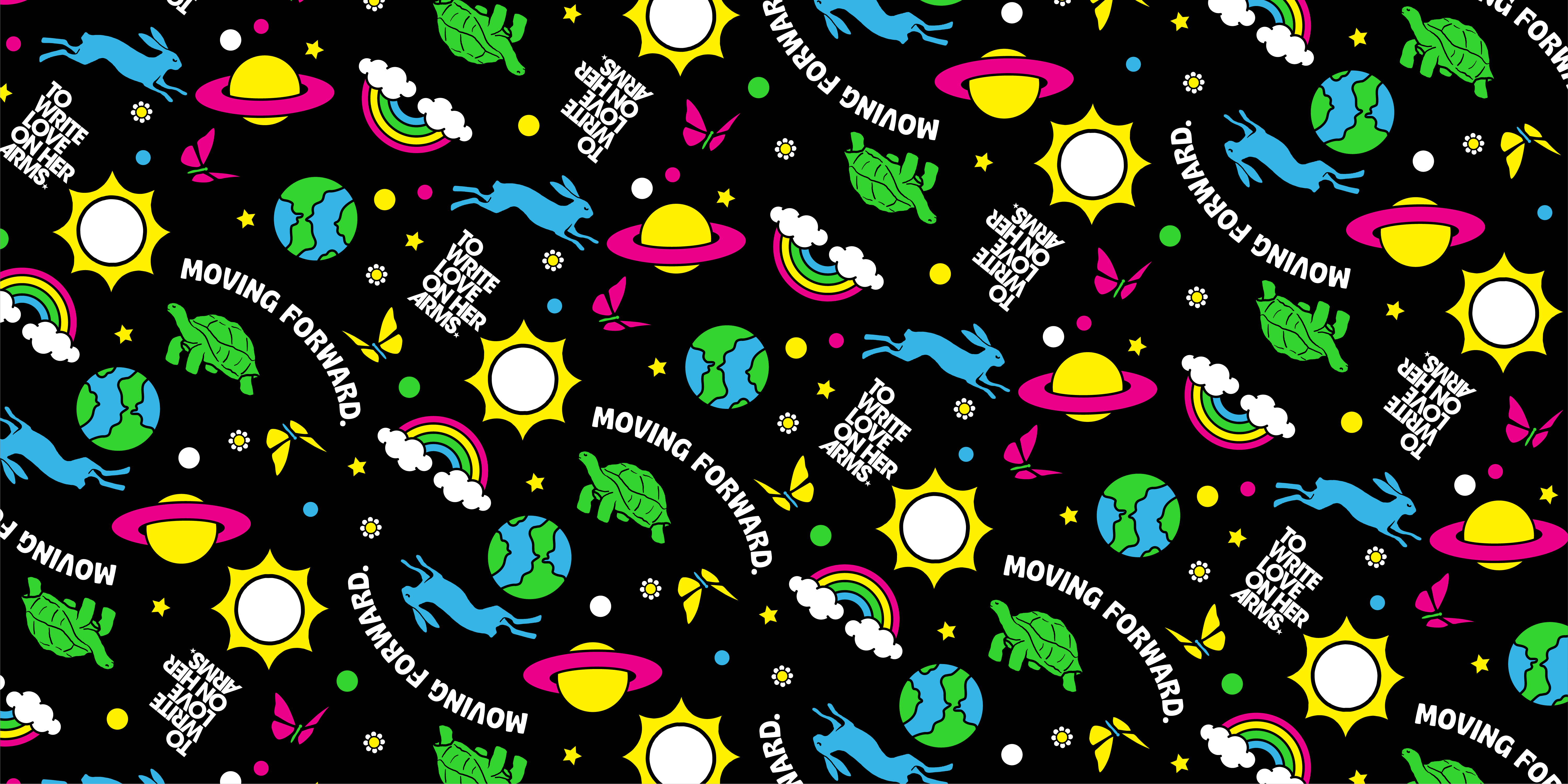 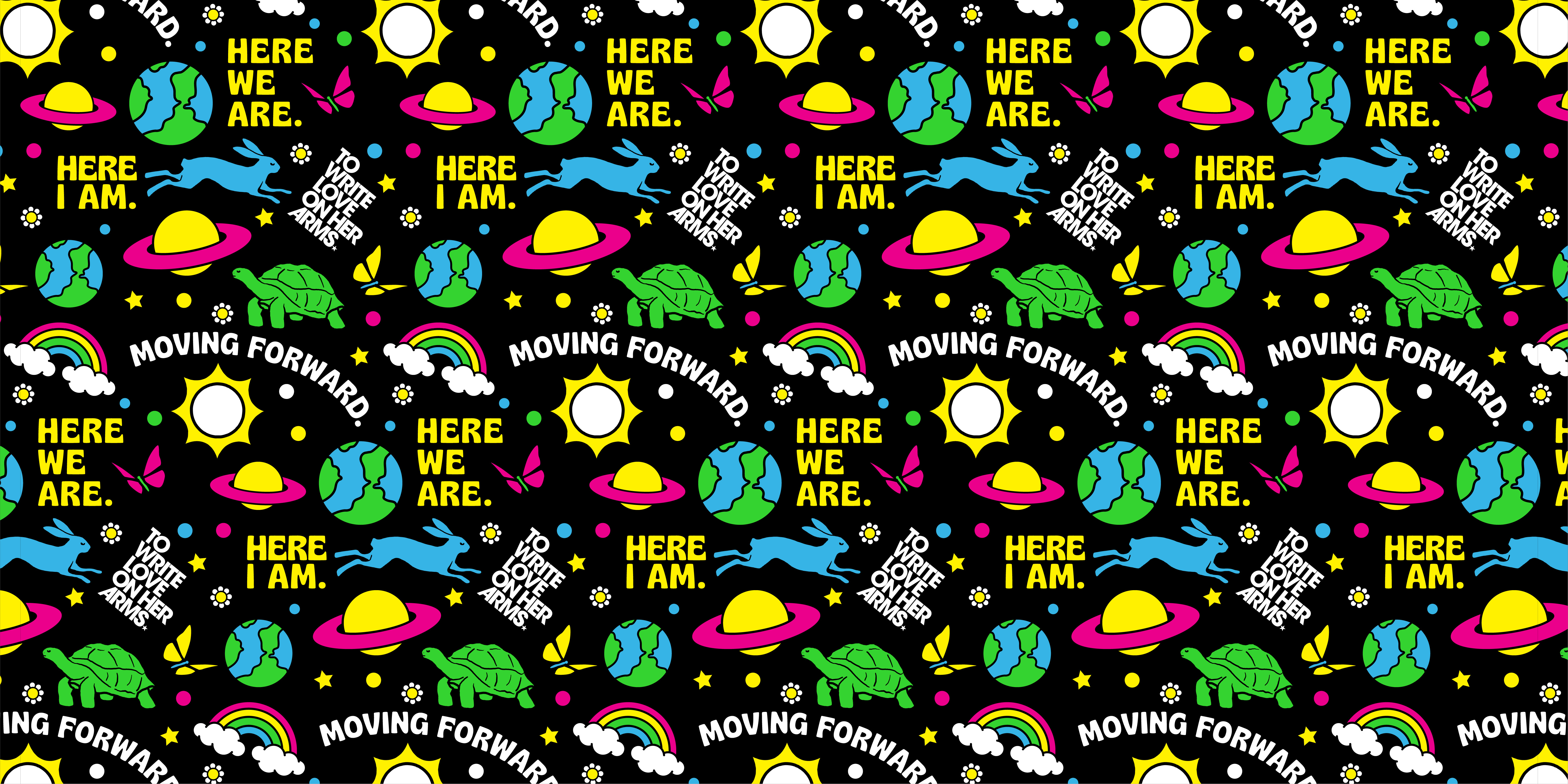 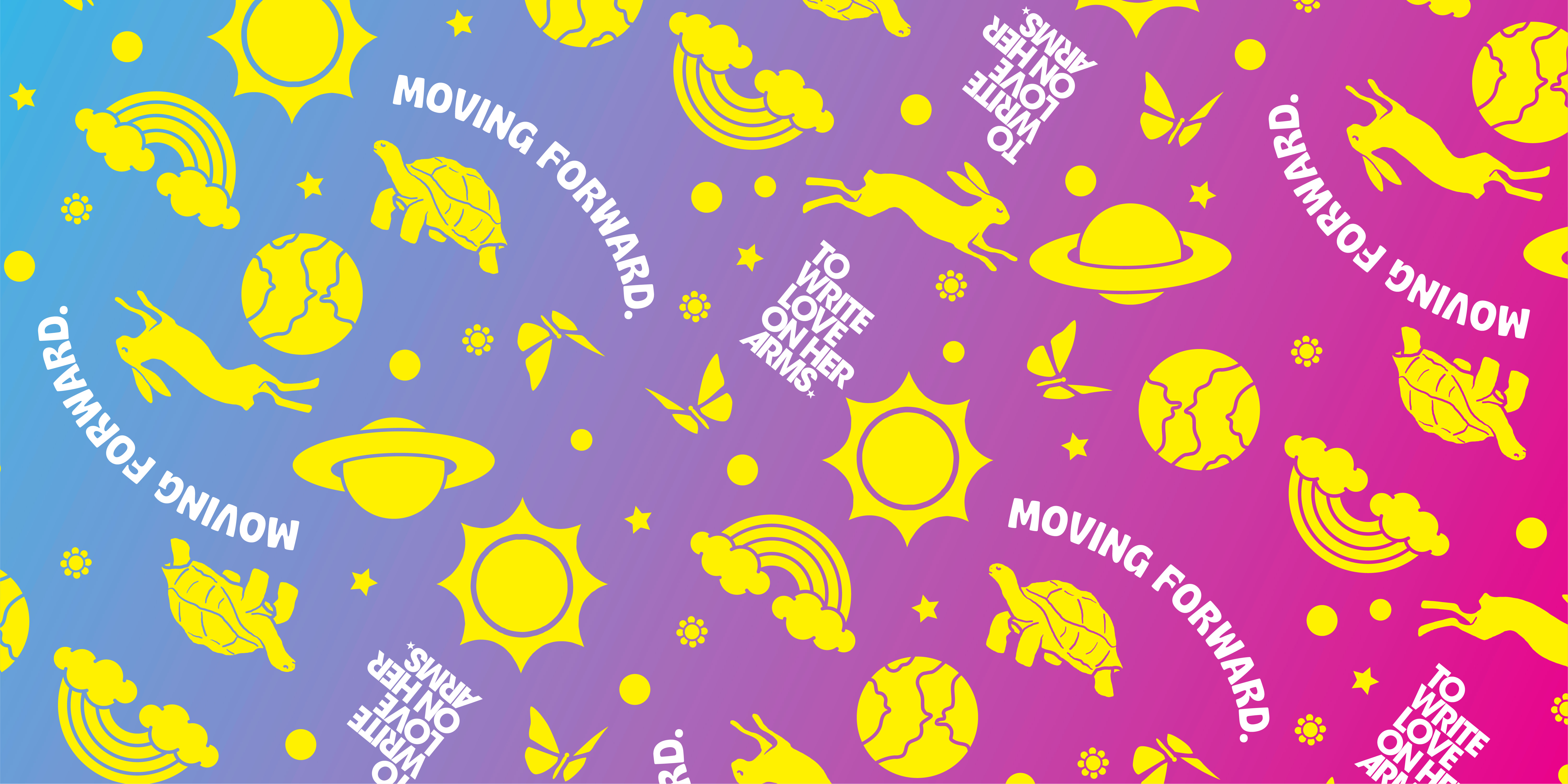 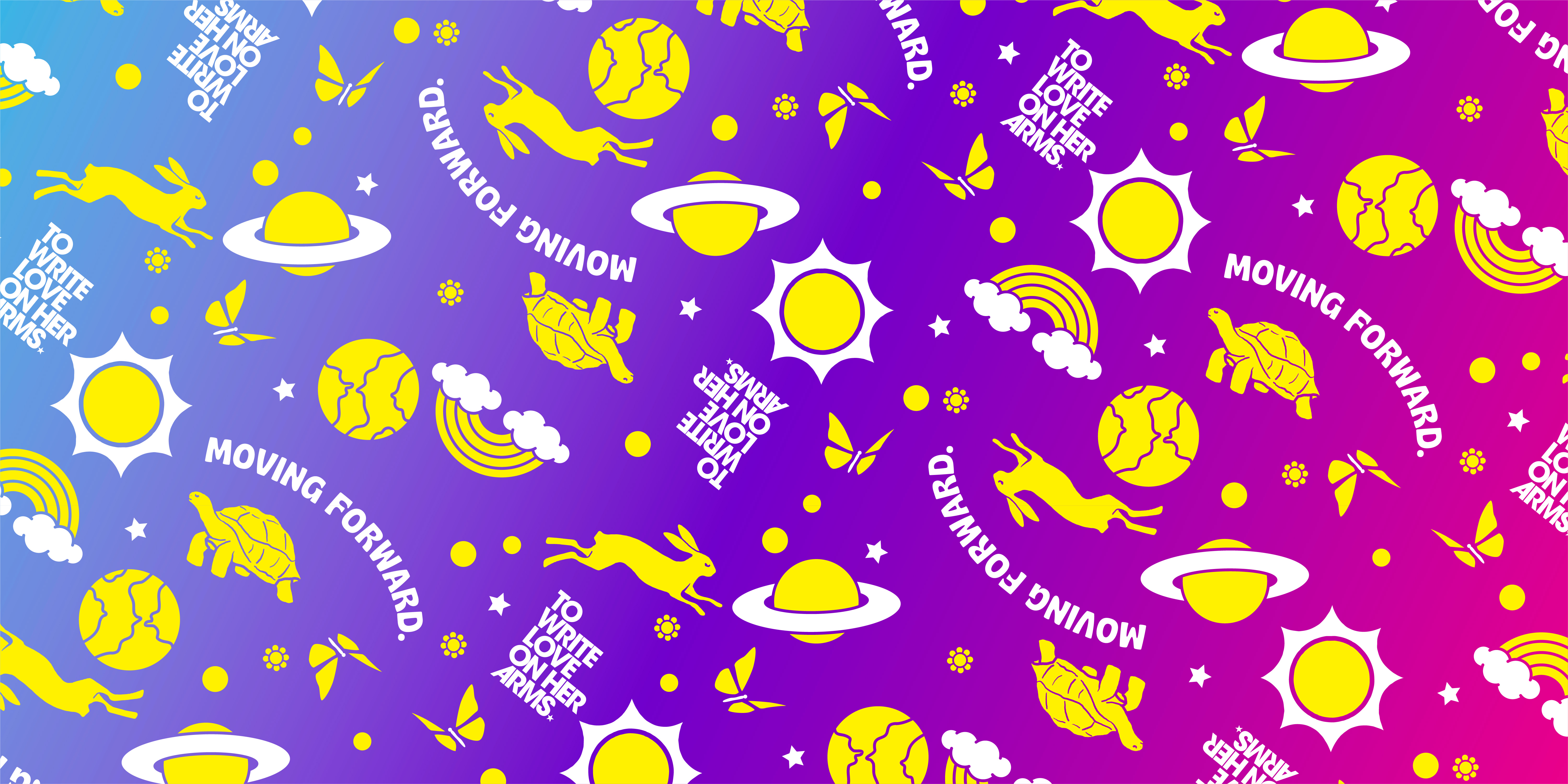 Below is the final version of the 5k buff pattern as well as a photo of the final buff itself. 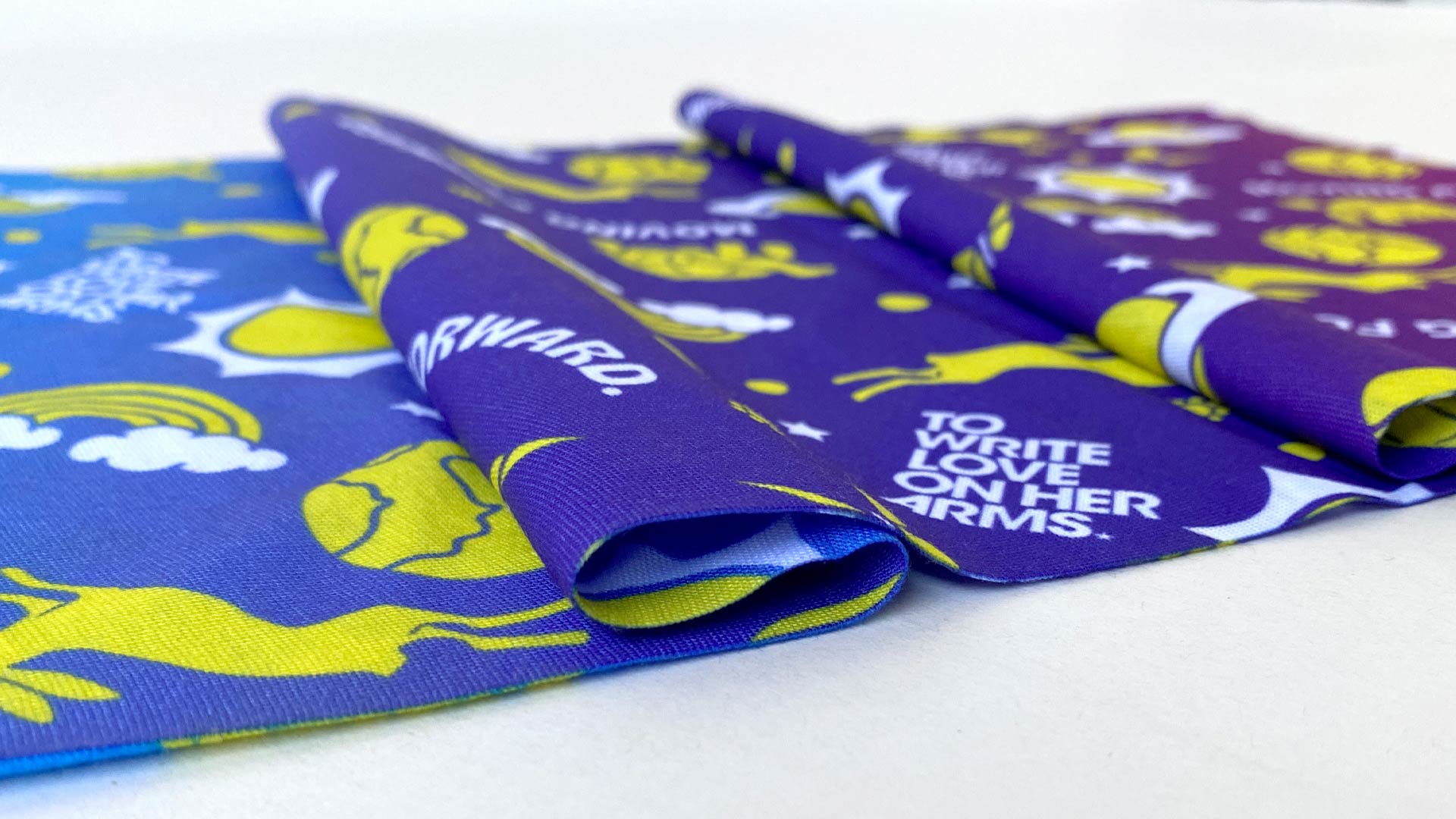 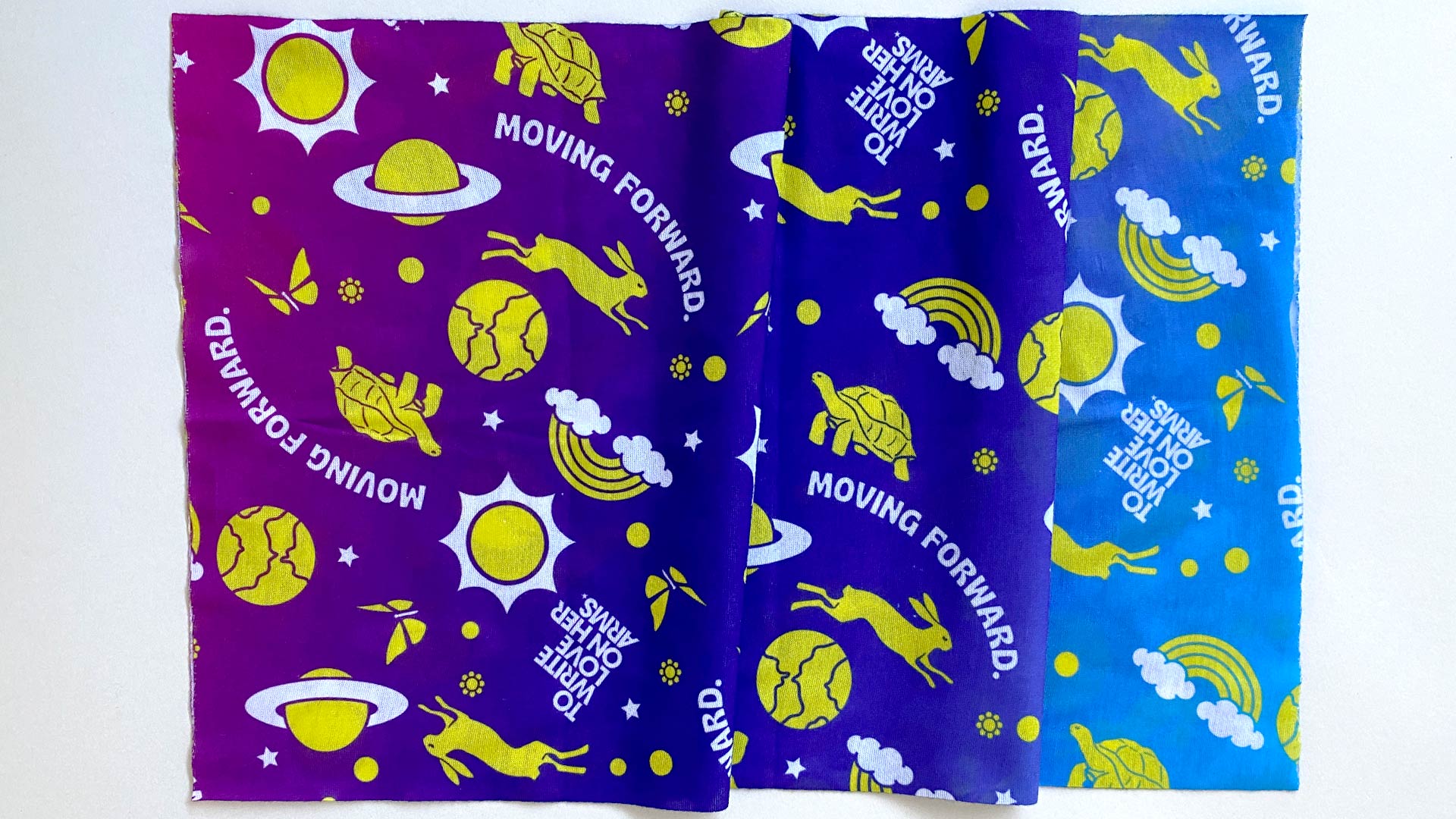